Refrigerator Heat Can be Fixed - Here's a Great Trick!

Not sure how they work, except they pull heat away somehow - doesn't really matter, as long as it does!

In that incredible heat wave of 2012, our Norcold 1200 - 4 Door - was very sensitive to all the heat on the outside wall and within the back of the refrigerator, as well.

After looking at the design of the "system", it is no wonder they can't get rid of the heat!

* The roof vent is made to keep rain from coming in. Because of this design, it doesn't let heat out very easily.
* The rear "air passage" area of the refrigerator is "stuffed" with coils and devices that really don't let heat up and out.
* No fan exists to help it push the heated air up and out the roof vent!

We looked at a variety of websites and forums about refrigerator heat and decided to give it some help.

Next, we added a little better designed roof vent to help get the heat out. The newer type had more vents for air outlets and didn't sit quite as close to the roof of the RV itself. While changing the roof vent, the amount of heat coming up and out while uncovered was incredible. With the vent off, the refrigerator got and stayed so much cooler!

Getting that hot air up and out was then the mission! 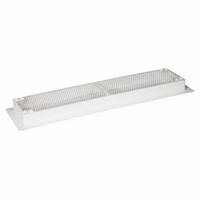 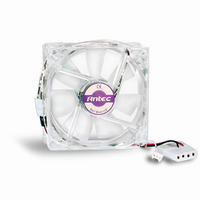 While changing the vent cover, I studied how to put a small computer fan into the system and wire it. I quickly realized, the vent screening would prohibit a fan "on top" of the screening.

Not enough clearance and it couldn't really be as effective pressed up against the vent cover!

Suddenly, the project became a "project", at least in my mind. However, it really wasn't. I realized I could run a heavy 14 gauge double wire down through the back of the refrigerator for power.

Just like duct tape is so popular, so are "zip ties" - I could mount the fan to the underside of the screening and it would pull up lots of heated air and have plenty of ability to exhaust it out the vent!

I cut the screening across and up both sides, leaving it intact near the center support. Now, I could peel back the screen, attach my computer fans with zip ties and then zip tie the screen back into place.

Wow... not a bad solution!! And, cheap too!! The refrigerator heat was finally getting out all the time!

Even better, it worked! Lastly, I had to power the fans. I wanted to have a fuse link it it to protect everything, so that also became my switch. The computer fan is 12 Volt DC with virtually no amperage draw.

I just wired the fuse link to a good 12 Volt source coming into the refrigerator area in its back and then attached it to my positive wire going up to the fan motors.

I will leave it on all the time, since it is such a small draw (plus, we have solar!) and it has got to save propane because I can now keep the refrigerator temp in the high 30's with a much lower setting - and the system isn't working so hard either!

If I want to shut it off, I can just pull the fuse out - 2 seconds of my time. Seriously though, why not just leave it in to help the refrigerator heat get out!!

Another device to help your Absorption Refrigerator is an ARPRV Controller. This really cool device helps keep your boiler inside the refrigerator from literally over-cooking itself!

Protecting your Propane Refrigerator is critical.

Always make sure you park as level as possible so the liquids and gases can travel unrestricted thru the back plumbing tubes of your refrigerator. If you are too off-level, it will slow or stop the flow of those liquids - causing it to overheat and become another "You Tube" Video casualty.